Home Resources 2019 Federal Election: The Policy Changes You Need To Know About

2019 Federal Election: The Policy Changes You Need To Know About

With the May 18 federal election fast approaching, Australia has recently been abuzz with speculation about the federal budget and what its implementation could mean if either Labor or Liberal wins the next election.

But while there has been a number of breakdowns of the 2019-2020 Federal Budget, with so much ground to cover it’s hard to know which changes you should be paying attention to and what you can expect in terms of how they may affect you.

So, in order to help you understand any potential changes to your financial future, we’ve broken down the following politically-charged topics in relation to the Federal Budget:

Regardless of whether Labor or Liberal wins majority in the upcoming election, there are some changes on the horizon worth understanding better.

But if you’re ever concerned about anything to do with your financial world, we’re here to help you navigate those changes with confidence.

It’s our mission to ensure you’ll be able to make smart financial decisions by ensuring you have the knowledge and guidance you need to achieve your financial goals.

All you have to do is let us know how we can help.

While the current Liberal government has not announced any changes to negative gearing in the 2019-2020 Budget, Labor has proposed some major changes to the current system. Labor has promised to put these changes into action if they were to secure the majority in the May election.

A controversial topic in the Australian media at the moment, Labor’s proposed changes include limiting negative gearing to new property from a yet-to-be-determined date after the election.

In their announcement of this policy, Labor claimed that “All investments made before this date will not be affected by this change and will be fully grandfathered. This means that taxpayers will continue to be able to deduct net rental losses against their wage income, providing the losses come from newly constructed housing.”

For current investors who hold a investment portfolio in newly constructed property, Labor’s proposal will have little affect on your current negative gearing strategy.

While our philosophy is centred on the idea that a successful investment portfolio should include a well-diversified balance of both shares and investment properties, Labor’s changes to negative gearing could mean rethinking your property investment strategy.

Your financial advisor will be able to help you design an investment strategy that is right for you and your needs, wants and goals – regardless of any current or future economic policies.

Following on from Labor’s focus on cutting down on tax evasion and minimisation by high-wealth individuals, Labor has announced a policy targeting the adult beneficiaries of family trusts, which are a type of discretionary trust.

Under this new policy, all distributions to beneficiaries aged 18 and over will be taxed at a rate of 30%.

This policy builds on the reforms of former Treasurer John Howard in the 1980s, which implemented the taxation of any distributions from a discretionary trust to those aged under 18 at the highest marginal tax rate.

Labor’s policy will not apply to non-discretionary trusts, such as deceased estates, charitable trusts and special disability trusts.

As the primary use for discretionary trusts is to distribute investment income to beneficiaries on lower tax rates, Labor has focused on solely on this type of trust as it moves to cut down on tax minimisation.

Since Labor’s policy will only affect discretionary trusts, it may be time to discuss with your financial advisor how a testamentary trust, which will be exempt from Labor’s policy under the above definition, may help you circumvent this new proposal. 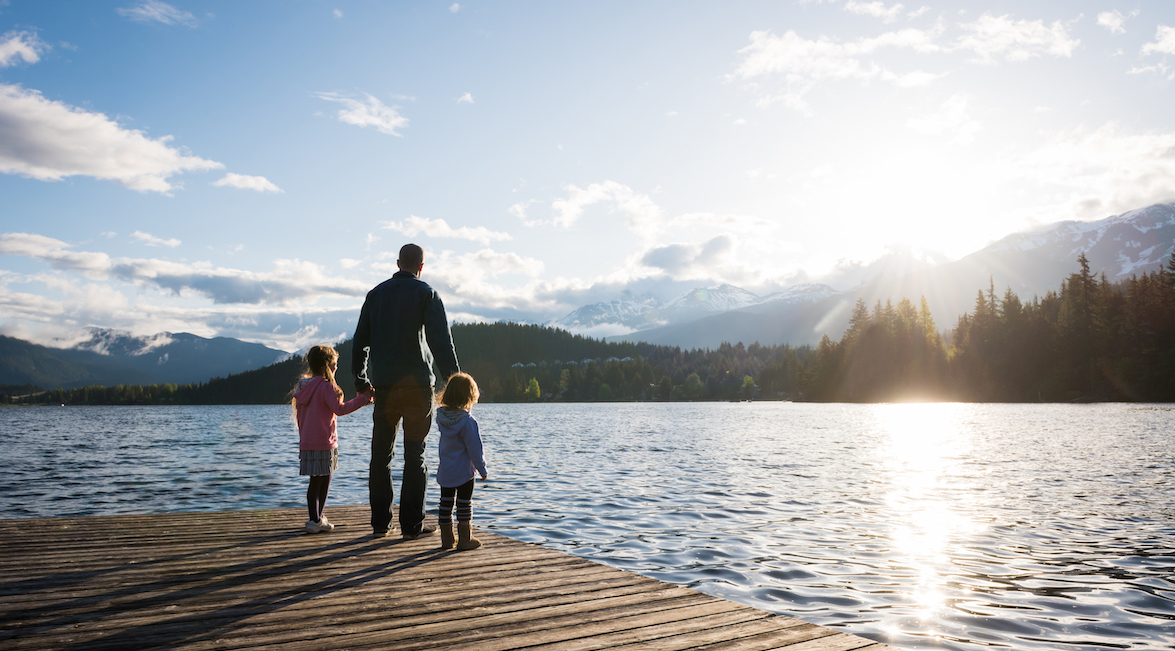 Similar to negative gearing, the current Liberal government has made no comment on changes to the current franking credit system. But Labor has proposed to abolish the policy of cash refunds on excess franking credits for individuals and superannuation funds if it wins the next election.

In order to understand why these changes are significant, it’s important to first understand the current franking credit system:

Introduced by the Hawke Government in 1987, the divided imputation system – also known interchangeably as franking credits – was created to stop the profits of Australian companies being taxed twice: first at the corporate rate and then at the shareholder level after being distributed as dividends. The solution was to attach “imputed” credits to dividends, which were equal to the amount of tax already paid by the company on these dividends. These credits could then be used to offset an individual’s tax bill – reducing that bill to zero if possible.

In 2001, the Howard government took this system to the next level by allowing individuals and superannuation funds to claim any credits that exceed their tax obligations as a cash refund from the government. This means that individuals or super funds that currently pay no tax but receive imputed dividends are entitled to a cash refund.

Under Labor’s new franking credit policy, self-funded retirees with an SMSF stand to lose out the most if these proposed changes were to become law. If your SMSF is currently in pension mode and you pay no tax, you will not be able to claim a cash refund through your franking credits under Labor’s new policy.

However, if either you or your partner started receiving a pension or other form of government allowance before March 28, 2018, you will be able to continue claiming cash franking credits.

For future retirees and/or those who have yet to claim a government pension, the formalisation of Labor’s proposal into law would prevent you from claiming a cash refund of franking credits.

The 2019-2020 Federal Budget contained only a few policies directly related to superannuation which will be set into motion if the Liberal government retains power in the upcoming election.

The most significant policy was the current Government’s intention to allow those aged 65 and 66 to make voluntary contributions to their super from 2020-21 without having to meet the work test.

The idea behind these policies is to encourage older Australians to boost their retirement savings in order to create more self-funded retirees, which in turn takes strain off the government pension system. 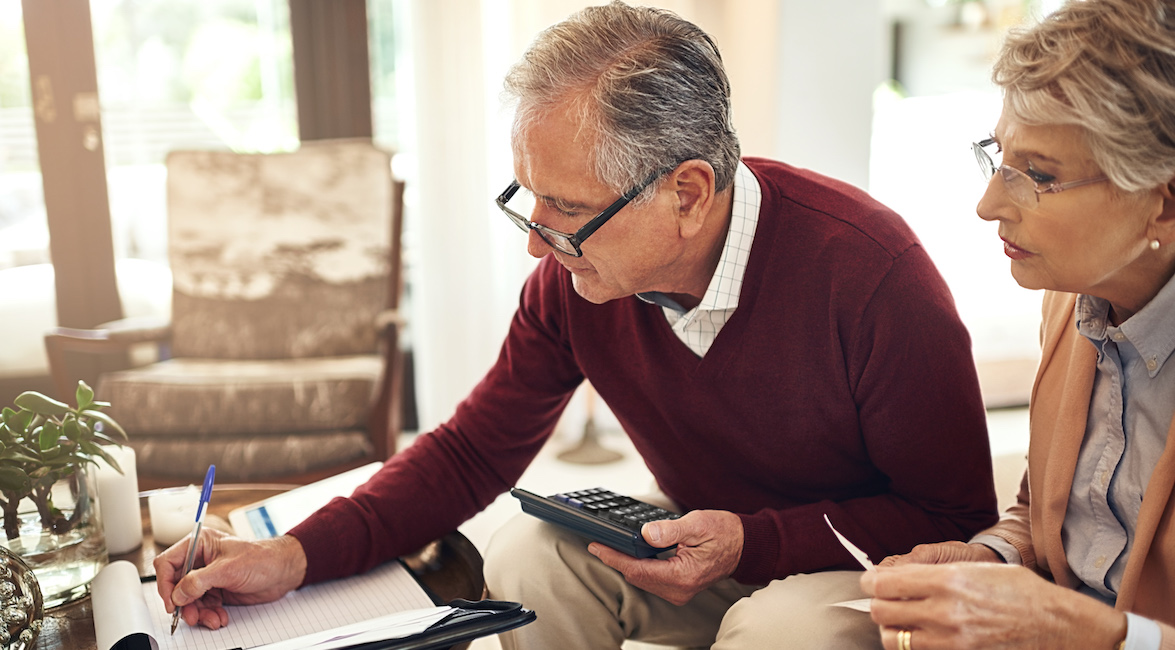 Regardless of whether Labor or Liberal wins the next election, whatever changes may occur in your financial world don’t have to mean putting your financial dreams on hold.

Your expert financial advisor is here to help you reassess your current financial position in light of these changes and chart the right path forward for your particular financial circumstances, needs and goals.

Navigating any changes to your financial world is simple with the right advice to guide you.

Financial Planning General Property
READ MORE
My Wealth Solutions won a number of awards at the 2019 GPS Wealth Conference. Here's our wrap-up of what having...
13 April 2022

General
READ MORE
Treasurer Josh Frydenberg’s fourth Budget is a fairly safe one, with its eye on the upcoming elections.
30 March 2022

We hope this resource gave you a start in tackling the financial challenges you may be facing.

If you’d like guidance tailored specifically to you and your particular needs, we’re here to help.